ENG 401 Assignment No. 2 Solution and Discussion

This topic has been deleted. Only users with topic management privileges can see it.
last edited by
0
M
moaaz
Cyberian's Gold

Instructions:
• Upload your assignments in a proper format, i.e. MS word file. Corrupt files will be awarded zero marks.
• The assignments should be zoomed in at 100%.
• Please avoid plagiarism; plagiarized work will be marked zero.
• After the due date, the assignments submitted via email would not be entertained.
• Please avoid submitting copied assignments; otherwise, such a case would be referred to the discipline committee.
• The font color should be preferably black and font size 12 Times New Roman.

Q1. ‘Hollowness of upper classes’ is a theme predominant in several notable works, for example, the Great Gatsby by F. Scott Fitzgerald, The Necklace by Guy de Maupassant, the Garden Party by Katherine Mansfield, etc. Write a short critical note on ‘hollowness of the upper classes’ and give references from ‘The Garden Party’ and ‘The Necklace’ to support your answer.  (10 Marks)
Q2. ‘The Devil’ by Guy de Maupassant presents a great commentary on the injustices of life, the greed and selfishness of human beings and the helplessness of a dying person. Maupassant, the father of modern short story genre, explores with the intellect rather than with the emotions, the flaws of human nature and investigates the meaning of love and compassion when one is truly dependent on someone.  Keeping this in reference, analyze the story’s characters and identify, who is the real devil of this story? (10 Marks) 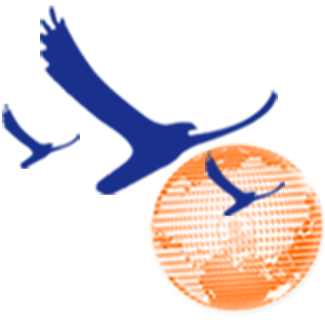 Q1 Answer:
In The Great Gatsby, the “hollowness of the upper class” can be seen in the attitudes and behaviors of individual characters.

“Get some more ice and mineral water, Myrtle, before everybody goes to sleep.”

“I told that boy about the ice.” Myrtle raised her eyebrows in despair at the shiftlessness of the lower orders. “These people! You have to keep after them all the time.”
In the above quote, Myrtle’s reply to Tom Buchanan highlights her condescending attitude toward people of “the lower orders.” Myrtle is the kind of woman who can’t see past outward appearances; she is preoccupied with status and wealth.

In the quote, Myrtle tries to distinguish herself from the “lower orders” in order to reinforce her supposedly privileged position as Tom Buchanan’s mistress. Tom, after all, is a very powerful and wealthy man. Myrtle’s words exemplify the “hollowness” of her worldview; she’s willing to commit adultery in order to attach herself to wealth and privilege. She’s also quite willing to entertain an attitude of disdain toward those who fail to meet her expectations. Myrtle’s attitude is indicative of that held by the “hollow” upper-class community she insists on being a part of.

For Daisy was young and her artificial world was redolent of orchids and pleasant, cheerful snobbery and orchestras which set the rhythm of the year, summing up the sadness and suggestiveness of life in new tunes.

She wanted her life shaped now, immediately and the decision must be made by some force of love, of money, of unquestionable practicality that was close at hand. That force took shape in the middle of spring with the arrival of Tom Buchanan. There was a wholesome bulkiness about his person and his position, and Daisy was flattered. Doubtless there was a certain struggle and a certain relief. The letter reached Gatsby while he was still at Oxford.
In the above quotes, we discover the real reasons Daisy married Tom Buchanan: she chose Tom (and not Gatsby) because of “unquestionable practicality.” In the text, we are told that Daisy gets cold feet the day before the wedding. Tom has purportedly given her a string of pearls worth three hundred and fifty thousand dollars, and all she wants to do is return them. Daisy’s infatuation with Gatsby continues to haunt her, but her upbringing demands a practical decision from her. In the end, Daisy marries Tom.

Daisy and Myrtle are two women who base their actions on a “hollow” life philosophy. Both are attracted to Tom because of their primal and practical instincts; the need to transcend irrelevance is so strong that authenticity must be eclipsed by cold practicality. Their actions highlight the superficiality of the upper-class worldview, where status and outward appearances take precedence over truth.